Shiner formed in 1992 after Allen’s college band The Industry broke up a couple years after graduation. Forming first as Orchid with Clayton Brown and Shawn Sherrill, the band quickly morphed into Shiner after adding drummer Tim Dow and signing with Flower Booking and DeSoto Records, owned by Kim Coletta and Bill Barbot of Jawbox. With the addition of Paul Malinowski on bass, Jason Gerken on drums and Josh Newton on guitar and noises, the band began a creative high and a busy touring schedule for years, with their final album The Egg a critical success.

Countless tours of US, Europe and Japan and 4 full length albums gave them a fiercely loyal set of diehards. Comparisons with their contemporaries of HUM, Jawbox, Failure and Swervedriver are unavoidable, but Shiner carved a path of their with a dedication to song-craft and musicianship while often wrapped in sugary hooks. Shiner broke up in 2002 but not before a very special farewell show at the Madrid Theater in KC in front of a couple thousand grateful friends.

Shiner reformed in 2012 unofficially to rerelease their last record The Egg on vinyl and played 5 shows at the Gramercy Theater in New York, Echoplex in Los Angeles, the Grenada Theater in Lawrence KS and Bottom Lounge in Chicago for 2 sold out shows.

in 2018 Shiner decided either shit or get off the pot and make some new music. They gathered together at Earth Analog to write a few times over roughly a year and came out with 8 songs they like after sifting through the detritus. the result is the newest offering from Shiner called Schadenfreude and was released to universal acclaim on May 8th 2020. 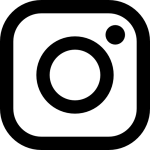 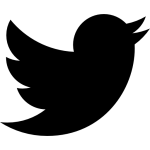