Growing up in upstate New York, young Kendall Wind took piano lessons before migrating to bass guitar and leaning into The Rock Academy founded by School of Rock's Paul Greene. Her piano knowledge would later inform her bass and guitar playing in the band she put together at Rock Academy with singer Sam Quartin called The Bobby Lees, now on it's 3rd LP Bellevue out now on Mike Patton's Ipecac Records. She's working with Jon Spencer regularly now who also produced the bands 2nd record before working with Vance Powell on Bellevue. It's been a whiplash ride for Kendall and The Bobby Lees, touring heavily since their inception. Unsurprisingly they were a bit relieved when the pandemic offered them time to make new music and refuel the machine. 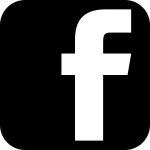